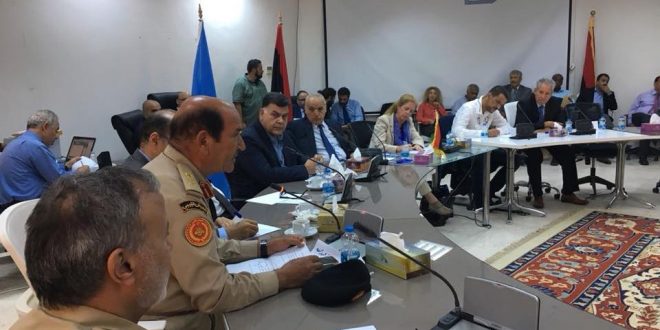 UNSMIL said on its website that it had hosted a meeting to discuss the consolidation of the September 04 ceasefire, agree on a monitoring and verification mechanism and begin talks on the security arrangements in the Greater Tripoli area.

The meeting was attended by representatives of Presidential Council’s government and military commanders, security apparatuses and armed groups operating in and around Tripoli.

According to the UNSMIL, the attendees also committed to a signed document that includes establishing a monitoring and verification mechanism to consolidate the ceasefire; the repositioning of armed groups to agreed-upon locations; the development of a plan for withdrawing armed groups from the locations of sovereign institutions and critical infrastructure in Tripoli; and assigning the functions of securing the capital to regular police and military forces only.

UNSMIL explained that it is going to continue to engage with attending parties to follow up on the details agreed upon in the meeting and confirm their implementation.

Over 63 people were killed, 12 went missing, 259 injured and about 2000 were displaced in two-week clashes in southern Tripoli districts, according to the Health Ministry and Tripoli Field Hospital.