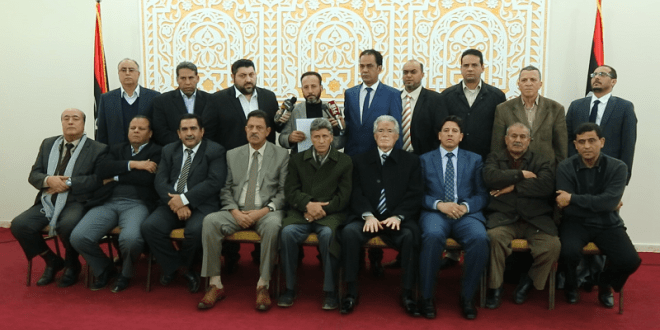 Libyan eastern region or Cyrenaica region’s members of the House of Representatives (HoR) suspended Monday their membership saying they would return to the parliament sessions if their demands regarding the passing of the constitution referendum law are answered.

A wont statement for 30 MPs explained that they would resume their membership if a tenth constitutional declaration amendment took place dividing Libya into three regions each as an independent electoral unit.

They also conditioned the resumption to having the popular vote in the referendum exceeding 30% of the registered, besides forming a new Constitution Drafting Assembly (CDA) if the current constitution was not approved by Libyans.

The decision of the MPS came hours before an HoR session to make an amendment to the constitutional declaration to make the referendum law unchallengeable in courts.

“We won’t participate in any amendment to the Libyan Political Agreement or reshuffling the Presidential Council (PC.)” The MPs added.

They asked, instead, the PC to nominate new cabinet to be approved by the HoR.

“We call on Libyans and the army (Haftar’s forces) to reject the referendum in Cyrenaica region and areas under the army’s control. We also urge the Head of the legislative committee to implement Law No.4 and to reply to our requests of the quorum to be adopted in the voting inside the HoR, as well as the legal status of the CDA and that of the passing of the referendum law on September 13.” The 30 members further added.

Many east-based members reject the current constitution draft as they harbor separation ideas and need their region to be a state on its own, while others reject the draft as it excludes the possibility of Khalifa Haftar running for president over his second citizenship.

LegislationPolitical Transition
All
2018-09-17
asaeid
Previous Al-Sarraj decides to form security force for Mitiga Airport
Next One Year Later, the UN Action Plan for Libya is Dead