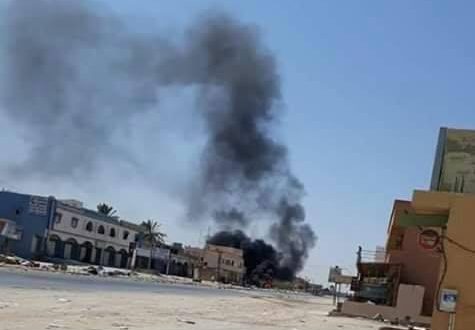 Clashes renewed in Tripoli on the Airport Road and other areas in southern Tripoli on Tuesday.

The fresh violence came to break the ceasefire that was brokered on September 04 by the Head of the UNSMIL Ghassan Salame.

The Ambulance and Emergency Apparatus in Tripoli told local media that one civilian was killed  in the clashes.

Meanwhile, a partial blackout swept through the capital and a total blackout was reported in southern Libya as clashes hit the South Hadba power units (1 and 2) in Tripoli.

Likewise, clashes led to the delay of preparatory and secondary school certificate exams in Tripoli.