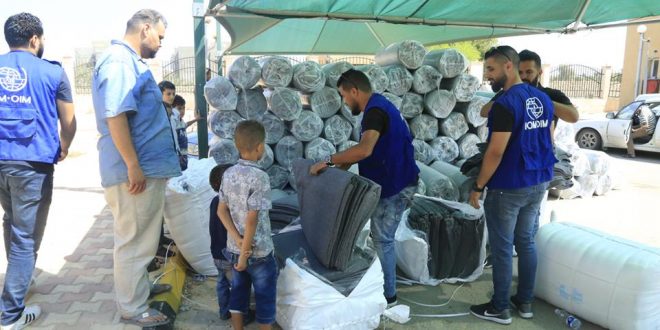 IOM: 19,225 people displaced since start of conflict in Tripoli

The International Organization for Migration (IOM) revealed that the number of displaced since the outset of Tripoli’s clashes on August 26 is estimated at 3,845 families.

On its Facebook page Tuesday, the IOM clarified that the hostilities caused the displacement of about 19,225 people, in which the majority were from the affected areas south of Tripoli.

The IOM confirmed that 120 families have gathered temporarily in six schools in Tripoli, adding that most of the displaced families are staying with relatives in private homes in the capital and the surrounding areas.