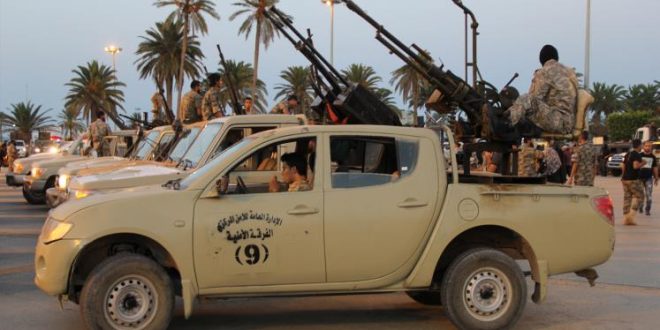 Two civilians were among nine people killed near the Libyan capital on Thursday in fresh fighting between rival armed groups, an official said.

Thirteen others, including four civilians, were wounded in the violence on Tripoli’s southern outskirts, according to preliminary assessments, said emergency services spokesman Osama Ali.

Despite a ceasefire deal reached on September 4, renewed fighting erupted this week, especially in the Salaheddin neighbourhood and on the route to Tripoli International Airport, which was destroyed in 2014.

The fighting which broke out late last month killed at least 63 people and wounded 159 others – mostly civilians – before the ceasefire came into effect.

On Thursday, the UN Support Mission in Libya (UNSMIL) issued an appeal on Twitter urging the armed groups to abide by the ceasefire.

It reminded them that they were signatories to a binding ceasefire agreement and that “exposing civilians to harm is prohibited”.

The country’s internationally recognised Government of National Accord said on Monday that a “regular force” would be tasked with securing Tripoli’s only working airport, Mitiga.

Libya descended into chaos following the 2011 uprising that toppled longtime dictator Muammar Gadaffi, who was later killed. The country is now split between rival governments in the east and west, each supported by an array of militias. Salame said last week it has recently lurched from one emergency to another.

Earlier this month the UN Security Council urged all Libyans to improve the situation for national elections in a resolution that avoids mentioning the December 10 target date for voting in the restive North African nation.

Instead, the council resolution adopted unanimously notes UN envoy Ghassan Salame’s call “for parliamentary and presidential elections to be held in Libya as soon as possible, provided the necessary security, technical, legislative and political conditions are in place.”

The resolution extends the mandate of the UN political mission in Libya until September 15 next year. It is has the task of supporting Libya’s political transition, including the organisation of elections, as well as human rights monitoring and delivering aid if requested.

On May 29, rival Libyan leaders met in Paris and tentatively agreed on a roadmap leading to parliamentary and presidential elections on December 10.

The council also stressed that “ensuring security and defending Libya from terrorism must be the task of unified and strengthened national security forces under the sole authority” of the UN-backed government.