Home / Normal / Mitiga Airport back to its normal movement 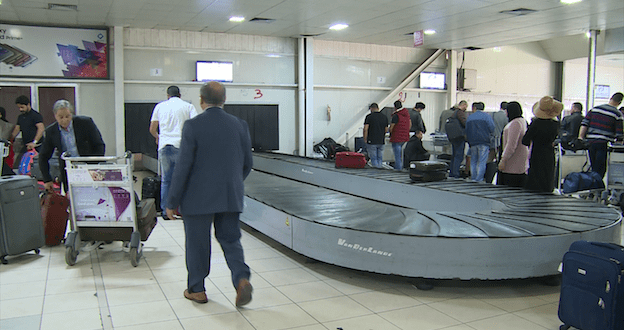 Mitiga Airport back to its normal movement

The director of Mitiga International Airport, Lutfi Al-Tabib, told LIBYAPROSPECT, on Thursday, that the air traffic in the airport is operating normally.

Al-Tabib stated that Afriqiyah Airways and Libyan Wings companies had started their flights from Mitiga Airport to Tunis and Istanbul. He added that Libyan Airlines company would resume its flights on Saturday.

Al-Tabib said that the personnel and the crews in the airport are working regularly to help the travellers and ensure that flights depart on time as better as they can.

From his side, the Port Manager, General Ezzeddine Al-Zoq, told LIBYAPROSPECT that reopening the airport is good because it is a practical step to implement Al-Zawya agreement that had gathered the warring factions under the supervision of the United Nations Support Mission in Libya (UNSMIL).

Al-Zoq stated that the security devices in the airport had started their work and no stranger body or group exist in the airport.

In the same context, the Director of Customs Security in the airport told LIBYAPROSPECT that it is normal for the airport to be affected exactly as what happened to the other facilities in the country.

He added that everything would be as good as before, step by step, “all we need is the time and the good intention and actions to make it better.”

The following is a video clip that prepared by LIBYAPROSPECT shows the return of the airport to its natural movement: