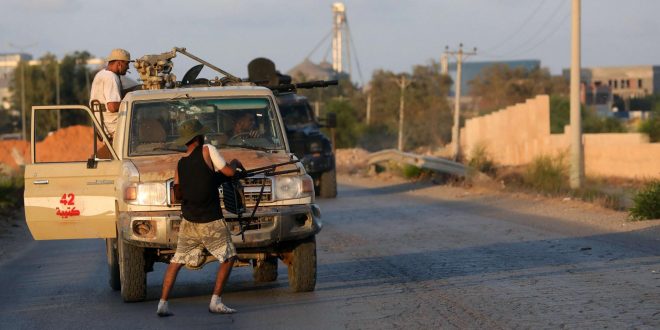 Local sources said the clashes broke out in Enjila and Awlad Issa districts between Brigade 55 led by Muammar Dawi and Brigade 3 led by Ramzi Al-Lifah.

There were no immediate reports of casualties.

The real reason of the clashes remained unknown, but the sources said both armed group, which are registered with the Defense Ministry of the Presidential Council, are vying for control of the entire region.

There are reports that Brigade 55 is backed by the Military Council of Zintan.

Meanwhile, the General Electricity Company said power transmission lines in the areas of clashes were damaged, warning of a total blackout from south Tripoli to Zawiya city if the clashes continue.