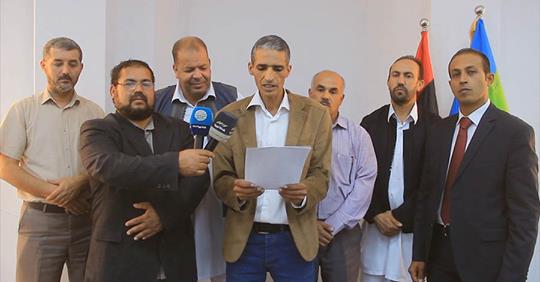 The Amazigh Constitutional Movement in the city of Yafran declared its commitment to include the Amazigh demands in the draft constitution, describing them as legitimate.

The movement said in a statement Saturday that they will reach out to any negotiations aimed at achieving the principle of consensus, so as to ensure the stability of the country and the building of the state.

It also called on the Constitution Drafting Assembly to assume its responsibilities towards the national demands of the Amazigh, according to the statement.

The Amazigh of Libya had boycotted the elections of the constitution in protest against what they described as the marginalisation of their demands to make their native language constitutional.

LegislationPolitical Transition
All
2018-09-30
asaeid
Previous December elections in Libya ‘unrealistic’, UN envoy says
Next Tripoli, What after the end of the war?