Home / Normal / Multiple Initiatives, what is the solution? 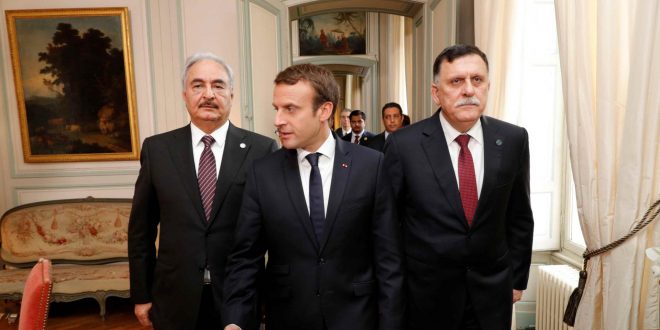 Multiple Initiatives, what is the solution?

Libya is full of initiatives and proposals to end the long-standing crisis that had afflicted everyone.

Some sides think that the solution to end the crisis should be through a limited amendment on the Political Agreement by reducing the Presidential Council (PC) to a president and two members with a separated government.

Other sides argue that the solution is to go rapidly to parliamentary and presidential elections. And another side says that it is necessary to pass through a calming down time as an introduction to go for the permanent stage of political stability.

Other than these three arguments, there are so many demands found on the social media pages, most of them are passionate and cursory because they do not look at the Libyan problem realistically as it is complicated. These arguments come from naive dreams, such as saying that the three main political bodies should leave the power. The arguments do not give any details about how to let the political bodies go without giving a chance for the military to intervene under the allegation of preventing the chaos from happening and saving the country.

My argument in this article talks about the three mentioned scenarios. This article is an attempt to think loudly and objectively.

Firstly; amending the Political Agreement that includes only reducing the PC and separating the government is a quick solution, but it is difficult to be reached for some reasons. One of the reasons is that the House of Representatives (HoR) doesn’t recognise the Political Agreement. The HoR hadn’t included the Political Agreement in the Constitutional Declaration. Consequently, the HoR calls wouldn’t be seriously taken because it can shun its promises as usual in different other issues.

The other reason is that the doors are opened for dreamers to gain the power for regional and party reasons, which could bring unknown names with unknown intentions and abilities to the power. I remember our experience in the National General Congress (GNC) when we put the country in the trap of Ali Zidan’s government and his successor, Abdulla Al-Thinni. Our initial options were depending on their national promises, but they let us down when they didn’t keep them.

Secondly; going rapidly to the parliamentary and presidential election is not a solution because of the crises in Libya, if this happens it would accelerate dividing the Libyan state and could cause a civil war. The ones who call for this initiative through their statements and their media platforms are just calling for right outwardly, but they want the opposite. The bad thing they want is giving the power to a new dictator wearing the military uniform or civilian suit. Some think that giving the power to such a dictator would make him the saviour of the country.

Many of us had warned that it is still not the appropriate time to go for this kind of elections to maintain the rest of February revolution, the money, and the value of the Libyan state in the International Community.

Thirdly; I think that the proposal of passing through a calmness time for the souls and minds is significant to elect a new house of representatives according to the Constitutional Declaration that had divided the country into 13 constituencies and electing 200 members but with just one parliamentary period of four years. In the first session, the new parliament should form a government and give it a budget; then it should select a president for the state with limited authorities for four years not renewable. The chosen president shouldn’t have the right to be elected as the permanent president after the referendum on the constitution. The new house of representatives should look at the constitution draft to purify it from any contradictions and any form of hidden federation.

The advantage of this proposal is to end the current three bodies, the HoR, the PC, and the State Council constitutionally without any disputes or causing any legislative and executive vacuum. The other advantage is to end the parallel bodies by the people’s will. The four-year period of the new hose of representative and its outcomes is the announcement of the unified state form with its constitutional institutions to spread the hope among the public and in the international circles to show that the permanent stage of stability had started. And this is its first step which would deal with the tensions and move the dreamers away from controlling Libya with De facto, military, or regional style. Saving the constitution draft from appeals without bringing the country into the perplexity of supporting or refusing and into the remaining legal disputes.

Electing a new house of representatives means returning the legitimacy to the Libyan people, the owner of the order and the decision. If the new house of representatives succeeds in benefitting from the outcomes of the GNC, the HoR, and the Constitution Drafting Assembly (CDA), it would be the people’s responsibility who call for stability. But stability wouldn’t come only through electing good decision makers who would represent the people and rule them.