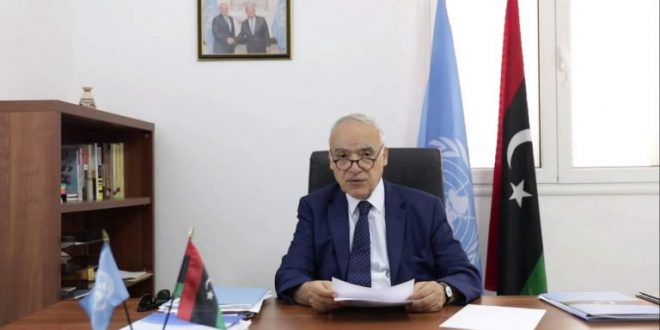 Speaking to the London-based Al-Hayat Arabic-language newspaper, Salame said that Libya has 200,000 militia-members that the Libyan state has been providing some kind of (legal and financial) cover for – over the last five years.

“They take salaries from the state, but they take their orders from the warlords.”, he was quoted as saying.

Salame added that the Libyans were caught in a bigger trap than the Lebanese during that country’s civil war because the Lebanese militias fought with their own money whereas Libya’s militias were financed mostly by Libyan (rentier-state) money.

Commenting on the latest planned security reforms, after a ceasefire ended recent militia fighting in the capital Tripoli, Salame said that Libya was now in a new phase of security arrangements that require sorting out these militias to see who of them can give up his militia history in order to turn to work in the police through a rehabilitation process.

Salame revealed that there were some militiamen that wanted to return to civilian life, and that a budget needed to be set to finance the process of returning them to civilian life.

He also revealed that there are militiamen who do not want one or the other, but prefer to leave Libya. He confirmed that UNSMIL would also help facilitate these militiamen too, but only if they had not committed any major crimes.