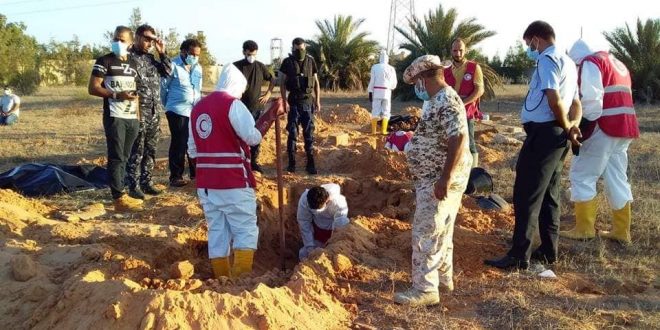 A mass grave containing 75 bodies has been found near Sirte in western Libya, an official said Wednesday.

Mohamad al-Amial, Sirte’s municipal council spokesman, reported that the mass grave was uncovered in an agricultural area of Al-Daheir, west of Sirte.

“Seventy-five decomposed bodies were recovered” in the presence of the public prosecutor, Sirte’s security force and the Red Crescent, he said.

He also said the find was made “a few days ago” and that the bodies were believed to be of ISIS militants, although there was no confirmation.