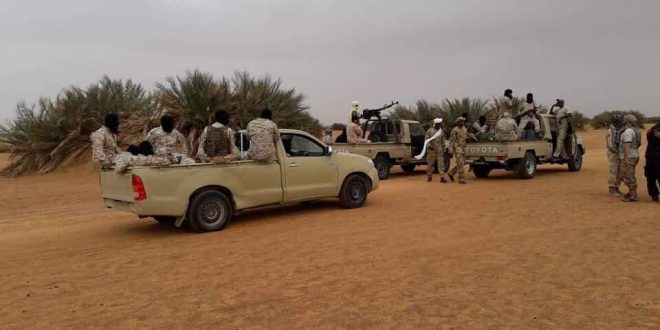 Death toll of clashes with Chadian groups rises to 10

The Mayor of Al-Sharqiyah Municipality in the south of the country – Imhimmed Arab, said that the South Combat Brigades found the bodies of six members from Khalid Ibn Al-Walid Battalion who were abducted by Chadian groups.

Arab explained through a press statement that the new bodies raised the death toll to ten after the killing of four fighters from Khalid Ibn Al-Walid Battalion last Sunday.

He further clarified that four citizens who were kidnapped from the area of Tamsa were found, noting that the search for a fifth missing person is still underway.

Arab urged all concerned parties to intervene and protect the country from what he described as criminal gangs, insisting that lack of fuel contributed significantly to hinder the movement of the forces in the south.