Home / Normal / The Lust for Libya: How a Nation was Torn Apart 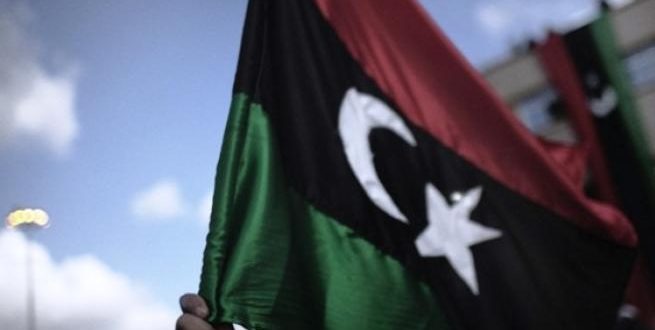 The Lust for Libya: How a Nation was Torn Apart

Libya has been broken apart.

Torn asunder by competing local, regional and international forces, its survival as a singular nation-state is under threat.

Once Africa’s wealthiest country with the continent’s largest oil reserves and highest standard of living, Libya, liberated from a dictator’s grip, is mired in a violent, internecine conflict that has left many of its people struggling for food, fuel and security.

So how did it come to this?

Libya is split between rival governments and conflicting centres of power – one in the east of the country and one in the west – each backed by militias fighting for their own share of Libya’s loot seven years on from the violent overthrow of the Gaddafi regime.

“Divisions in Libya are not based on ethnic, or religious, or sectarian factors. The divisions are purely political, purely based on disagreement and how to share power and wealth,” says Libyan academic and politician Guma el Gamaty.

In October 2011, the dictator who claimed to have brought participatory democracy to the Libyan people was killed by fellow Libyans. The one-time revolutionary’s life and often brutal rule brought to a grisly end by those also calling themselves revolutionaries.

They were supported by regional players such as the UAE and Qatar, as well as Western powers that included the United States, the United Kingdom and France, who painted Gaddafi as sometimes friend and oftentimes foe, according to their own interests.

“Libyans never thought that Gaddafi would be gone, so they’re willing to sacrifice their lives to be able to be liberated from Gaddafi and what he has done to them,” says Libyan politician Mustafa Abushagur.

The Big Picture – The Lust for Libya charts Gaddafi’s 42-year rule, uncovering the seeds of discontent – both at home and in his relations internationally – sewn across his turbulent reign. We dissect the geopolitical self-interest of Western and Middle Eastern nations, culminating in the NATO-led intervention of 2011 that deposed Gaddafi, as well as attempting to understand the chaos left in its wake.

The Lust for Libya examines ancient schisms mapped anew on a contested landscape offering oil riches as well as strategic control, tracing the timeline of events – reaching back before the construction of Libya itself – that have left Africa’s erstwhile richest nation in ruins.

“The Libya that we knew before is gone. It’s gone,” says Mohamed Buisier, Libyan political adviser. “All what we see in front of us, the scene now, it’s at the end, it’s taking us to disintegration. Nothing is bringing the country back to unity, and every day we are closer to this final scene.”