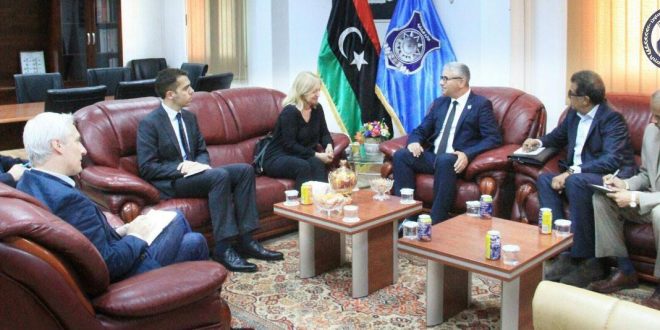 The French Ambassador to Libya Beatrice Le Fraper du Hellen has voiced her country’s readiness to provide the troubled North African country with security and logistical support, according to Libya’s Tripoli-based Interior Ministry.

At a Tuesday meeting with Interior Minister Fatih Ali Bashagha (held at the ministry’s Tripoli headquarters), Du Hellen extended an offer of French logistical support, especially in the fields of border security and surveillance, the ministry said in a statement carried on its official Facebook page.

According to the same statement, Du Hellen also voiced France’s desire to enhance the two countries’ bilateral ties, particularly in terms of security.

Bashagha, for his part, expressed his satisfaction with the meeting, describing it as “the beginning of real security cooperation, especially in terms of upgrading the efficiency of Libyan police and security personnel”.

He also called for the activation of all agreements and MoUs signed between Libya and France, going on to ask for the latter’s assistance in reducing the flow of irregular migration from Africa to Europe via Libya.