Home / Normal / Al-Mesmary: We will accept the draft only if signed by Haftar 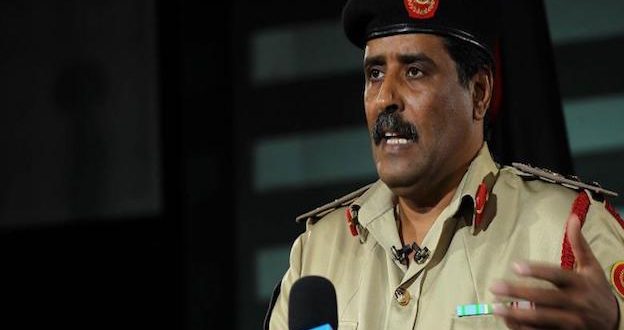 Al-Mesmary: We will accept the draft only if signed by Haftar

The spokesperson of the Dignity Operation, Ahmed Al-Mesmary, said in press conference that the circulated news about the draft of the agreement to unify the Libyan military institution is not genuine. He added that the fake draft was published by a purpose to spoil the talks that supervised by Egypt.

Al-Mesmary stated that the attendees of Cairo meetings who represent the army institution had agreed to form three council for the national security, national defence, and general leadership. And the supreme leader of the army would be the elected president, adding that they won’t accept any supreme army leader who has no legitimacy only from the international recognition.

Al-Mesmary said that the talks hadn’t finished yet, stressing that the issued draft wouldn’t be a final one only if it is signed by the commander of the Dignity Operation, General Khalifa Haftar.