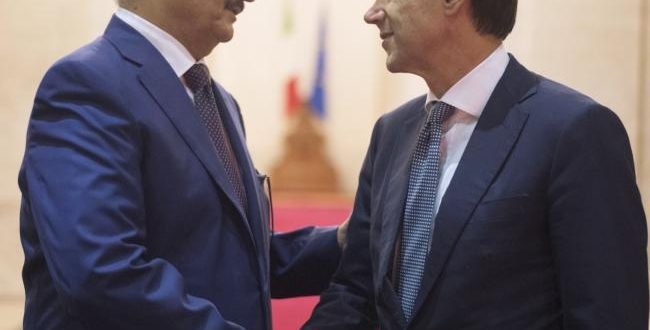 Khalifa Haftar, a military commander who controls eastern Libya, has said he will attend a conference in Sicily next month aimed at reconciling rival factions in the north African nation, Italy’s foreign minister said on Saturday.

The meeting will be held in the Sicilian capital, Palermo, on November 12 and 13, with key players from both within Libya and abroad set to take part, Enzo Moavero told reporters on the sidelines of a conference in Florence.

Italy is particularly anxious to ensure that Haftar turns up, fearing a no-show on his part would kill off any hopes of finding a political settlement to end years of violence in the oil-rich nation.

“He should be there (in Palermo). He gave us his assurance that he would be, so we count on the fact that he will be there,” Moavero said.

Haftar’s Libyan National Army (LNA) last year seized the country’s second-largest city, Benghazi, by expelling Islamist and other fighters. He is the main rival of Prime Minister Fayez Seraj, who leads a UN-brokered transitional government based in Tripoli, the capital.

While Seraj is firmly backed by Italy, Libya’s former colonial ruler, Haftar has the support of Egypt and the United Arab Emirates.

Libya slid into lawlessness after the NATO-backed uprising in 2011 that overthrew Muammar Gaddafi.

Haftar launched a campaign in May 2014 in Benghazi that lasted three years, styling himself as a military leader capable of restoring order. He has the official title of “field marshal”.