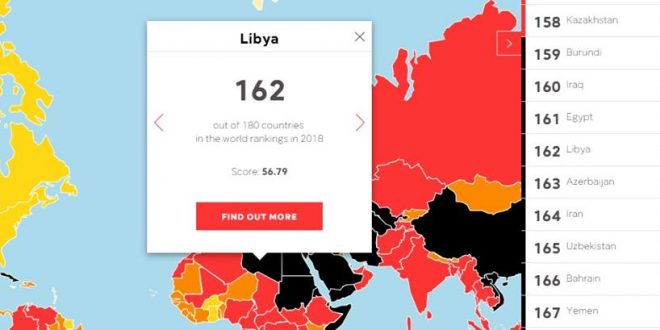 Libya ranked 9 out of 100 in state of freedom

Libya has been ranked ninth among the worst countries in terms of freedoms.

In its latest release in November, the American watchdog organization, Freedom House, identified Libya as not a free country, according to fundamental factors notably freedom of speech, expression, beliefs and access to information.

Meanwhile, Reports Without Borders ranked Libya 162 out of 180 countries in terms of press freedom with a score of 56.79.