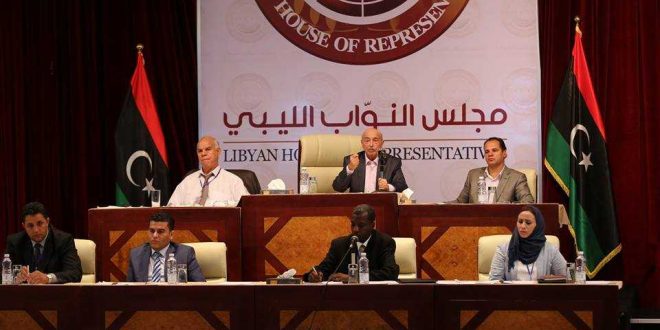 40 HoR members denounce Salame for his criticism at UNSC

Forty members of Libya’s House of Representatives (HoR) denounced Ghassan Salame’s brief to the UN Security Council last Thursday (8 November) in which he criticised the HoR.

The 40 signatories said that Salame had distorted the name of the HoR. They called on the HoR leadership to discuss the matter in an official session.

The HoR members stated that Salame had ignored the efforts by the HoR, which they reminded was the only internationally-recognized parliament in Libya, to get the country out of its crisis and political division.

They expressed their surprise at the lack of neutrality of the head of UNSMIL, in accordance with the principles and charters of the United Nations General Assembly, and noted his partiality to one of Libya’s contending parties.

It will be recalled that Ghassan Salame criticised the HoR during his brief to the UNSC, calling it “time-wasting”, “sterile” and wanting elections to be “resisted at all costs”.

He had stated that “The Libyan people, the UN and the international community have given every opportunity to the House of Representatives to act in the best interests of the country. But the House has failed to uphold its responsibilities. Months after a binding commitment to produce the legislation required to hold a referendum on the Constitutional proposal and Presidential and parliamentary elections, nothing has been seen.

It is now clear that the postponed sessions and contradictory public statements were simply intended to waste time. The body calling itself Libya’s sole legislature is largely sterile.

To both Houses, elections are a threat that must be resisted at all costs, but to the citizens, elections are a means of liberation from the ineffective and increasingly illegitimate authorities. According to our latest poll, which I received this morning, 80%, eight zero, percent of Libyans insist on having elections.”

International Relations and CooperationLegislation
All
2018-11-12
asaeid
Previous Can Palermo conference bring peace to Libya?
Next Palermo Conference for Libya starts with second-level attendances