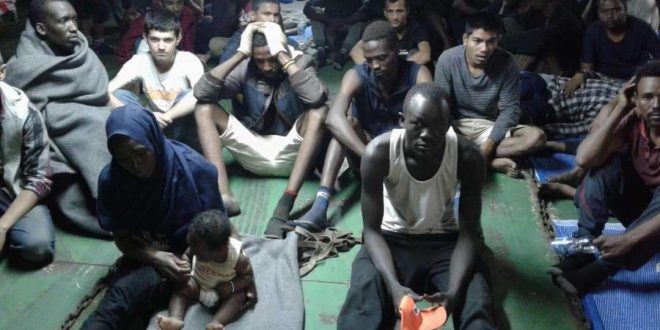 The Head of the Central Sector of the Coast Guard, Tawfiq Sakir denied the occurrence of any injuries to illegal immigrants during the evacuation of Nivin ship in the port of Misurata.

Human Rights Watch said in a statement that a number of migrants were injured during the evacuation of the ship and were taken to hospital, calling on the Libyan authorities to follow up the incident.

Security ForcesTrafficking and Migration
Misrata
2018-11-22
asaeid
Previous Could Libya ever unite its army?
Next Libya’s eastern authorities say suspects in killing of US teacher arrested