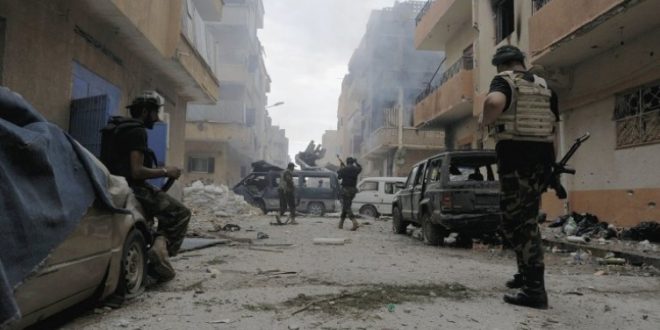 Authorities in eastern Libya said Thursday they have taken into custody suspects in the 2013 killing of a U.S. chemistry teacher in Benghazi, and that more suspects would be tried over the deadly attack a year earlier that killed the U.S. ambassador and three other Americans there.

The announcement highlights efforts by Libya’s eastern forces to bring justice to hundreds of cases involving unlawful killings. Authorities have also come under pressure by families of the detained who are awaiting hearings.

“Those who took part in this crime” — the killing of teacher Ronnie Smith — “are in custody,” the self-styled army said on social media.

Prosecutors have decided that no further information on the number of suspects or their identities would be made public as yet, the force’s communications office said in a statement to The Associated Press.

Smith taught at Benghazi’s International School. The U.S. State Department at the time said he was killed while jogging, while Libyan security officials said he was shot near the compound where U.S. Ambassador Chris Stevens and three other Americans were killed a year earlier.