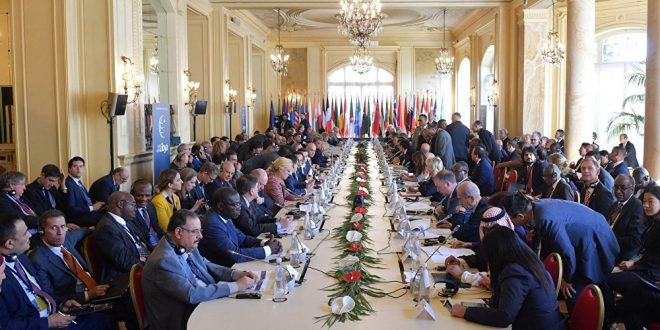 The Libya Conference in Palermo has ended in a renewed push for elections in the crisis-ridden country. Is Libya really in a fit state to deliver on this commitment though?

Since the fall of Muammar Gaddafi’s regime in 2011, Libya has had three distinct electoral experiences, which have in turn given birth to three political institutions: the General National Congress (GNC), the Constitution Drafting Assembly (CDA) and the House of Representatives (HoR). However, neither the elections themselves nor the institutions that they created have stabilised the country in any meaningful way. The former faced serious security and participation issues. Minorities, such as the Amazigh (Berbers), Toubou and Tuareg, were underrepresented and boycotted the electoral process, and in regions and cities controlled by extremist organisations like Daesh – Derna in the East and Sirte in the central region, for example – people were unable to vote. The institutions, meanwhile, soon failed to live up to public expectations and did not restore trust in politics on a more general basis.

In fact, the GNC that was elected on 7 July, 2012, only exacerbated the existing political divide within the country by refusing to step down after the official expiration of its term of office. Even though the HoR was created as part of an initiative set forth by a GNC-committee itself, it did not eventually replace the GNC as was envisioned. Rather, the elections in June 2014 led to the rule of two opposing governments in Libya. The HoR moved to the city of Tobruk in the East and the GNC was reinstated in Tripoli. Additionally, the UN-brokered Skhirat agreement that was signed in December 2015 and aimed at a reunification of the Libyan governments worsened the situation, albeit unintentionally.

As a result of the agreement, even more political bodies and institutions were created, the most important of which was the Presidential Council, whose nine members under chairman Fayez Al-Sarraj presided over the newly founded Government of National Accord. At the same time, the HoR that supposedly acted as the country’s legislative body refused — and still refuses — to recognise the cabinet nominated by the Presidential Council and, moreover, allied itself with Khalifa Haftar, the Commander of the Libyan National Army.

For the past two years, a number of international initiatives have tried to resolve the confusion and the political chaos created by all of this. The most prominent proposal has been the call for early presidential and parliamentary elections, which has also been echoed in the resolutions of the Paris meeting of May 2018, in the course of which most of the important Libyan actors pledged to facilitate new elections by next month. To achieve that, the relevant institutions in Libya are supposed to be supported by the UN Support Mission in Libya (UNSMIL).

Similarly, the Palermo conference that was held earlier this month resulted in a new road map that envisions elections in the spring of 2019. However, these plans have been criticised by various commentators as being too vague and utterly unrealistic in the face of a myriad of political and societal obstacles.

As outlined in the BTI country report on Libya, the country’s “immediate challenges are security, the proliferation of militias and the expansion of violence, fuelled by economic crisis, rivalries between forces in the east and west, and by regional powers.” Given that “the conflict is intensifying, blocking potential for stabilising the economy and revitalising state institutions,” a call for early elections might in the end be utopian at best.

Given these fundamental hurdles to a meaningful electoral process in Libya, international conferences alone, such as those in Paris and Palermo, will most likely not be able to overcome the political crisis in the country. While they are part of a potential solution, a sustainable resolution of the political divide and the security unrest gripping the country since the fall of Gaddafi’s regime, will certainly require the cooperation of politically relevant elites inside Libya. After all is said and done, initiating a more decisive Libyan-Libyan dialogue with UN support might be the only way to move forward.