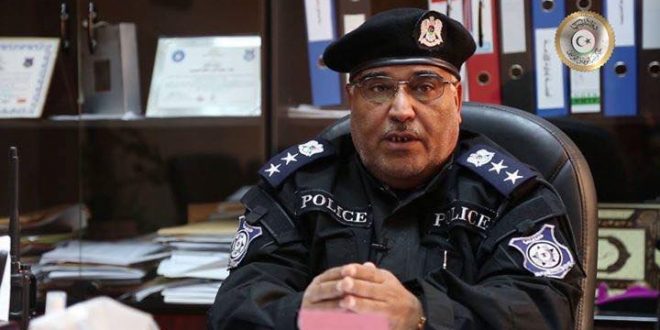 Tripoli Security Directorate (TSD), part of the Faiez Serraj Ministry of Interior, announced today that its former head Salah Al-Smuey had been transferred to Italy for further medical treatment.

Smuey had survived a shooting incident on Sunday. The TSD had reported that Smuey had been taken to hospital where he underwent several operations and was then kept in intensive care.

The TSD had earlier condemned the premature reports of his death by some Libyan media outlets.

The TSD stated that “the cause of the accident was not known as an assassination attempt or armed robbery”.

It said that investigations are underway to find out the reasons for the shooting.

It will be recalled that Smuey was replaced as the head of TSD on 4 November this year by the newly appointed Interior Minister, who was appointed to the post by Faiez Serraj on 7 October 2018.