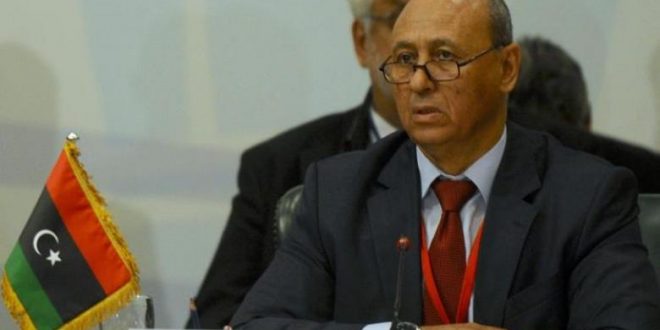 Source: Egypt called for dismissal of Libyan ambassador after he met Qatari diplomats in Cairo

The source, who spoke to Mada Masr on condition of anonymity, said that the Egyptian Foreign Ministry’s demand to expel the Libyan ambassador came after he held a meeting with the Qatari representative to the Arab League and the acting Qatari ambassador to Egypt at the Libyan embassy in Egypt.

On June 5, 2017, Egypt, Saudi Arabia, the UAE and Bahrain announced they had severed diplomatic ties with Qatar after accusing it of financing groups and individuals classified as “terrorists.”

According to Libyan Foreign Ministry source, Egyptian Foreign Ministry officials suggested that the new ambassador be selected from eastern Libya, preferably from the general command of the so-called Libyan National Army, which is headed by Egypt’s ally Khalifa Haftar.

While there have also been reports of the Libyan ambassador’s resignation over claims of financial corruption at the embassy, Libyan Foreign Ministry officials denied this in statements to Mada Masr.

Abdel Aziz served as foreign minister in the Libyan interim government headed by Ali Zeidan in 2013. He was also a member of the Libyan mission to the UN. He hails from the city of Tripoli and was nominated for ambassador to Egypt by the Chairman of the Presidential Council, Fayez al-Sarraj, last February.