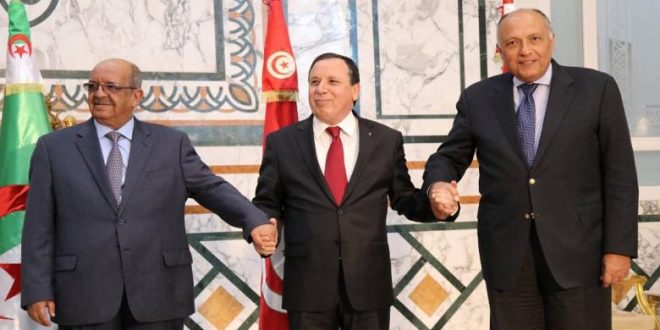 The Sudanese capital Khartoum will host next Thursday the ministerial meeting of Libyan state neighbours.

The Sudanese Foreign Ministry clarified that the meeting will be attended by the Libyan Presidential Council government, representatives of the United Nations and the Arab League, the African Union, and the European Union, as well as representatives of France and Italy, noting that all parties have confirmed their participation.

The meeting aims to push forward the political settlement efforts in Libya and will discuss the impact thereof on the security of the region, as well as other issues, inter-alia, terrorism, human trafficking and transnational crimes.