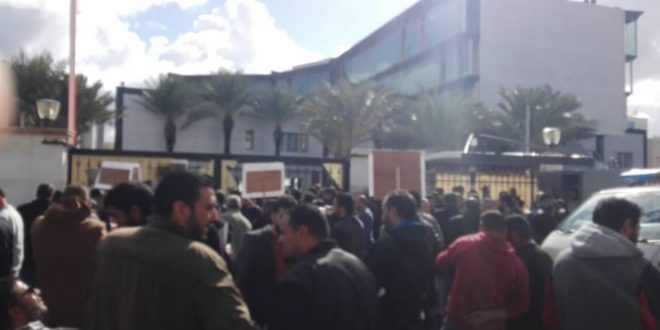 Angry protesters from the families of martyrs and the injured fighters have stormed into the headquarters of the Government of National Accord (GNA) in Tripoli, calling for payment of their salaries that have been suspended since 2014.

The protesters entered Sunday the headquarters in Terig Al-Sekka in Tripoli and threatened to stay there  until their demands are met with measures on the ground.

According to media outlets in Libya, the deputy head of the Presidential Council Ahmed Miteig told the protesters that he will consider their demands and respond next Sunday.