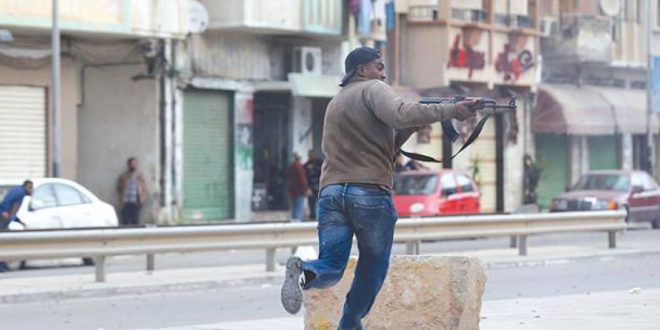 Gunfights and bladed weapons have claimed the lives of 7 people and the injury of over 500 others in Benghazi last November, according to official statistics.

Al-Jalaa Hospital for Trauma and General Surgery had received seven bodies including a Pakistani national, in addition to 503 wounded, their injuries varied between minor to critical, security and medical sources reported.

The sources pointed out that the majority of victims were young people aged between 20 to 30.

The city of Benghazi is witnessing a deteriorating security situation and the proliferation of arms, which caused hundreds of civilian casualties, including women and children.