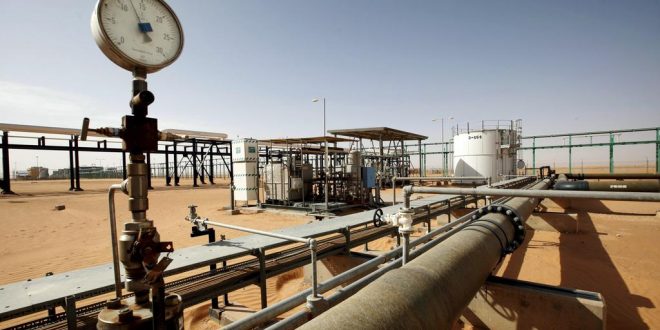 It said that it would not take part in negotiations with the militia nor was it willing to compromise following the militia’s decision to revert to violence, insulting language, and theft.

The NOC reported that the shutdown of the oilfield will result in a site production loss of 315,000 barrels a day, with an additional loss of 73,000 barrels at El Feel due to its dependence on Sharara for electricity supply.

It put the combined daily cost to the Libyan economy of what it called “this unnecessary shutdown” at $32.5 million.

NOC has been working hard to improve economic conditions in the south, it added. This shutdown will only serve to impair work and local opportunities.

“The presence of this group is a real threat to the field and to the future of our country,” said NOC Chairman Mustafa Sanalla.

“I want to be clear, this militia has to leave the field immediately. We stand wholeheartedly with the people of the south and understand their concerns.”

“At NOC we are doing all we can to improve the living conditions of the residents. Their legitimate demands and grievances however have been used by criminals who are only in pursuit of self-interest,” Sanalla explained.

The NOC called upon the appropriate authorities and local community leaders to act in the national interest and return security to the site.

It added that the legitimate grievances of the south, which deserve and demand a national debate, are being used by a minority of individuals for personal gain that will not benefit the people of Fezzan.

Notably, NOC declared a state of force majeure at the Akakus operated Sharara oil field as of Sunday.

The declaration of force majeure by the NOC reflects the continued hardline stance taken by its chairman Sanalla against disruptors.

The company said that it prioritizes the safety of its staff and is currently reviewing evacuation procedures following threats to their wellbeing, and the forced shutdown of the oilfield by the armed militia claiming attachment to the local PFG.

It claimed that in the last few months this militia group has committed a number of crimes including violence against staff, robbery, and interrupting operations and production.

The NOC also voiced its concern over the weakness of the PFG who continue to neglect their responsibility of protecting the oilfields, staff, and the livelihoods of the Libyan people – additionally choosing to cover up crimes committed by the militia group in question.

Natural Resources GovernanceSecurity Situation
Murzuq
2018-12-12
asaeid
Previous As Their Influence Grows, the Maghreb’s ‘Quietist’ Salafists Are Anything but Quiet
Next UNSMIL condemns violence in south Libya while recognizing legitimate grievances