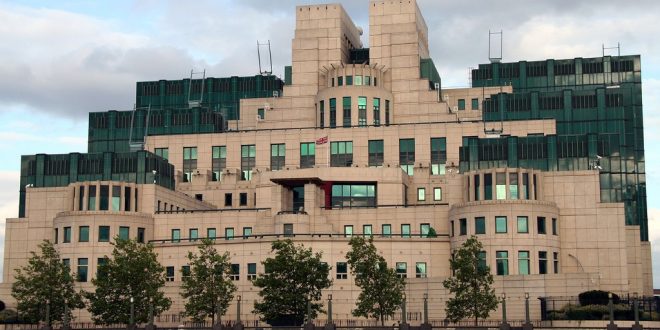 A group of Libyan men were subjected to systematic abuse, curfews, and wrongful imprisonment, and threatened with deportation, as a result of years of secret collusion between Britain’s security and intelligence agencies – MI5 and MI6 – and the former Libyan leader Muammar Gaddafi, the High Court in London heard on Wednesday.

In a blistering attack, Tom de la Mare, counsel for the Libyans, described British and Libyan intelligence agencies as being “partners in crime in unlawful and extremely shady behaviour” and a persistent refusal to come clean on their close cooperation despite mounting evidence in the media and earlier court hearings.

Allegations against 18 men – five of whom were named in High Court papers on Monday – were based on claims provided to MI5 and MI6 by Libya’s intelligence agencies at a time the British government led by then-prime minister Tony Blair was developing a close and potentially lucrative relationship with Gaddafi.

They are seeking admission of guilt by the British government and compensation for false imprisonment, pending, in a number of cases, deportion.

Some of the allegations against them are believed to have been the result of information extracted from Abdul-Hakim Belhaj, a Libyan dissident who was secretly rendered to Tripoli in 2004 in a joint MI6-CIA operation, during interrogations in which he was tortured.

Evidence of the abduction, and that of another Libyan, Sami al-Saadi, emerged in the offices of Gaddafi’s intelligence chief, Moussa Koussa, after it was destroyed in a NATO air strike in 2011 during the uprising that led to Gaddafi’s fall from power and eventual killing.

Documents revealed that British intelligence officers sent more than 1,600 questions to be put to Belhaj and Saadi, leading members of the Libyan Islamic Fighting Group (LIFG) despite having reason to suspect they were being tortured.

The documents show that in 2006 Libyan intelligence agents were invited to operate with MI5 on British soil where they worked alongside MI5 and allegedly intimidated a number of opponents of Gaddafi who had been granted asylum in the UK.

After years of denial, the British government in May admitted its role and apologised to Belhaj and his wife, Fatima Boudchar, for what it described as their “harrowing ordeal”.

The government did not accept any liability. Prime Minister Theresa May described what happened to them as “deeply troubling”, while the attorney general, Jeremy Wright, told MPs that “system changes need to be made and behavioural and cultural changes need to take place”.

What de la Mare called the “truly staggering scale” of the collusion between the British and Libyan security and intelligence agencies was subsequently revealed by the parliamentary Intelligence and Security Committee in a report into the UK’s role in the CIA rendition and torture programme in the years after the 9/11 al-Qaeda attacks in the US.

The committee reported: “We have found 232 cases where UK personnel continued to supply questions or intelligence to liaison services after they knew or suspected mistreatment.

“In a further 22 cases (MI6) or MI5 provided intelligence to enable a rendition operation to take place; and in 23 cases they failed to take action to prevent a rendition – including instances where there were opportunities to intervene and prevent the rendition of a British national or resident.

“There was no attempt to identify the risks involved. There was no understanding in [the government] of rendition and no clear policy – or even recognition of the need for one. The UK tolerated actions, and took others, that we regard as inexcusable.”

The High Court in London heard on Monday that British government lawyers protected MI5 and MI6 by hiding behind special secret court hearings and that a former British home secretary, Charles Clarke, had not been told about the rendition operations and the extent of British-Libyan intelligence cooperation when he agreed that Libyans in Britain should be seized and deported.

As part of what de la Mare called the developing “touchy-feely” relationship between the UK and Gaddafi’s Libya, lawyers for the Libyans said British officials indicated to Gaddafi their willingness to “engage in covert operations outside the rule of law”, to “tolerate arbitrary detention of individuals seen as a national security threat”, to “turn a blind eye to the use of torture or at the very least to the real risk thereof”, and to “reap benefits from interrogation under torture”.

At the very time the British intelligence services were covertly involved in the Belhaj rendition, detention, and interrogation, the government was publicly seeking a memorandum of understanding (MoU) “whose purpose was to avoid the very conduct in which the UK was complicit… suggesting to a political leader like Colonel Gaddafi that the UK government was speaking with a forked tongue and that the MoU was a public relations exercise.”

Lawyers for the MI5 and MI6 intelligence services and British government ministers argued that measures against the Libyans were taken for reasons of “national security” and that the Belhaj rendition was “wholly immaterial” to the cases.

The five claimants on Wednesday’s case were referred to as C1 to C5.

They are represented by the solicitors Gareth Peirce and Irene Nembhard. The hearing is continuing.