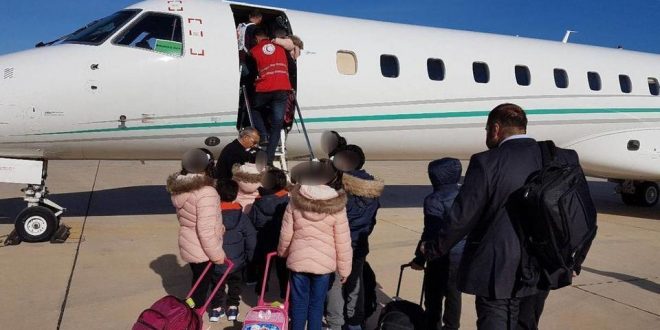 The International Committee of the Red Cross has said in a statement that in coordination with the authorities in Libya and Egypt, it had facilitated the repatriation of 12 unaccompanied Egyptian minors to Cairo.

These children were among several others found following the fighting in Sirte about two years ago.

They have since been cared for by the Libyan Red Crescent (LRC) in a facility in Misrata, the ICRC said.

Libyan Red Crescent official Mohamed Abozgaia said the Red Crescent has been taking acre of these children since the end of 2017, pointing out that they received the necessary psychotherapy for their integration into the society.

The ICRC did not disclose further details, requesting the respect of the privacy of these children and their families.