Home / Normal / No Party Can Be Excluded From Libyan Settlement – Moscow 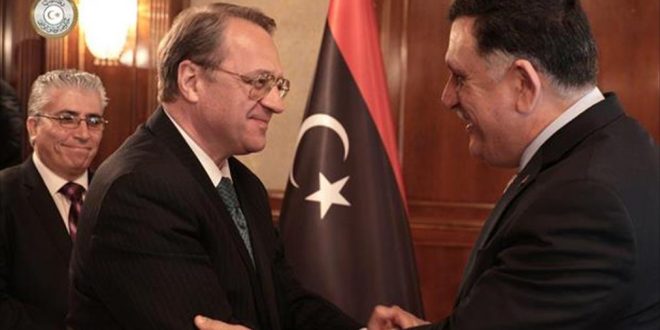 No Party Can Be Excluded From Libyan Settlement – Moscow

Moscow believes that no eligible candidate can be deprived of the right to run in the Libyan presidential election, including Saif Islam Gaddafi, the son of former Libyan leader Muammar Gaddafi, Russian Deputy Foreign Minister Mikhail Bogdanov told Sputnik on Monday.

“We support everyone. We assume that no one can be isolated and excluded from the constructive political process. Therefore, we maintain contacts with all groups in the west, east and south [of Libya],” Bogdanov said, answering the question on whether Gaddafi’s son had asked Moscow for support and whether he would receive it.

“Historically, this society is tribal, that is, the position of different tribes is of great importance, so I think that Dr Saif Islam and those who support him, some tribes in certain parts of the country, should be an integral part of the process together with other political parties that are located in Tobruk, Tripoli, Misrata,” the official added.Libya has been torn apart by conflict after long-time leader Muammar Gaddafi was overthrown in 2011.

There are two major forces in the country: the eastern part of the country is governed by the Tobruk-based parliament, backed by the Libyan National Army (LNA). The UN-backed Government of National Accord (GNA), headed by Prime Minister Fayez Sarraj, operates in the country’s west and is headquartered in Tripoli.