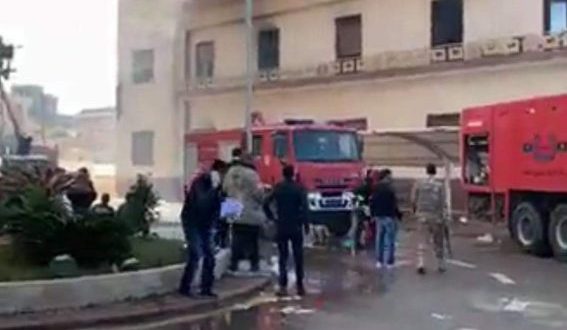 Libya’s Tripoli-based Ministry of Foreign Affairs, aligned with the internationally-recognized Faiez Serraj Presidency Council and Government of National Accord, has confirmed that this morning’s terror attack was a suicide attack.

After they opened fire with the use of firearms, one of the attackers blew himself up inside the compound, resulting in the brutal assault of three martyrs and several wounded.

The (Tripoli-based Libyan) Ministry of Foreign Affairs of the Government of National Accord condemns this wanton aggression against diplomatic personnel, reminding the world that the Libyan people are waging war against terrorism on behalf of the world, defending their people and putting the world before their responsibilities to support the Libyan people in confronting the forces of darkness and extremism.”

It continued, “These operations will not deter us from performing our duties, practicing and answering the process of political stability and determination needed for one sovereign state for all, a democratic state, a state of law and institutions where there is no place for terrorism and extremism.”

The statement went on to “salute the security services that handled this attack professionally, thus reducing the number of casualties and controlling the attackers in record time.

The high professionalism in evacuating employees, rescuing the trapped and the heroic confrontation with the executors of the attack is a worthy tribute.

We will move towards the desired goal, towards a free, secure and stable state. A sovereign state in which there is no place for violence, extremism and terrorism, which takes its place amongst the countries of the world and where its citizens enjoy freedom and security.”