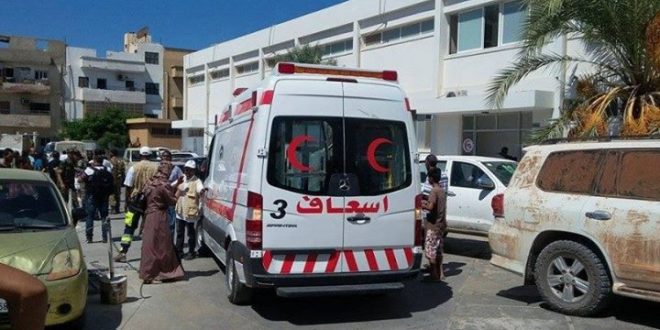 Gunshots were heard in a Benghazi hospital after a militia group stormed the intensive care unit on Tuesday, amid ongoing concerns surrounding security in the Libyan city.

Armed gunmen forced themselves into Al-Jala’s Hospital earlier this week, causing panic among patients and doctors. Some equipment was reportedly damaged in the crossfire before the group left the facility; no other injuries were sustained in the incident.

Whilst the hospital management did not reveal the identity of the gunmen or why they wanted to enter the intensive care unit, it condemned the rampant lawlessness in the city.

“This dire situation continues without a radical solution to these violations,” it said in a statement.

The incident was also condemned by the World Health Organisation (WHO), which urged armed groups to abide by international law which protects hospitals from attacks.

“Repeated attacks will lead to closure of this important hospital, add to the suffering of Libyan people, and further deprive the already limited access they have to medical care. WHO urges all parties to observe International Humanitarian Law, and respect the safety and neutrality of health workers and health facilities.”

“Tragedies like this should be avoided by taking all necessary precautionary measures, and perpetrators must be brought to justice,” it concluded.

Tuesday’s incursion was just the latest in an unprecedented wave of attacks and robberies by militants and armed groups in the eastern bloc of the country led by General Khalifa Haftar, in recent months.

Earlier this week the interior ministry of the Interim Government in eastern Libya launched a new security plan to secure Benghazi, declaring that the city was on a high state of alert.

“The new security plan will continue for three consecutive months with the encircling of the main city entrances and night patrols will be conducted across the city,” the interior ministry said on Facebook.

The new strategy followed the sacking of the Benghazi security directorate chief, Salah Huwaidi, for failing to tackle the recent lawlessness, with officials accusing him of being unconcerned with residents’ safety.

The militia groups, thought to be linked to Haftar’s army, have come to act with impunity in Benghazi, despite military general’s claim that the city and the entire eastern region is safer than the rest of the country.

Earlier this month a court and public prosecution building were attacked by militants who wanted to release suspects under trial and interrogation. Just weeks before the interim government had authorised the use of force against armed groups who attacked official buildings, after drug dealers were freed by gunmen in an attack on a police station.