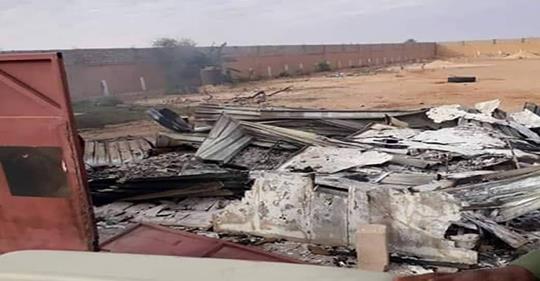 13 fighters were injured and an officer named Khalid Masoud was killed as a group of armed mercenaries believed to be Chadian rebels attacked Thursday dawn the position of 10th Brigade of Khalifa Haftar’s self-styled army in Taraghin, southern Libya.

Sources from the 10th Brigade said the attack was carried out using armored vehicles similar to those used by Haftar’s forces as a kind of camouflage.

“The injured were sent to Taraghin Hospital. Two of them were placed in the intensive care unit.” The sources added.
The mayor of Taraghin Abdelsalam Shangla confirmed that the attack took place and said the attackers were Chadian mercenaries.

The head of the hospital in Taraghin also said that they had received 12 injuries and one death due to the attack, saying one of the wounded is the deputy commander of the 10th Brigade Jumua Thabet, whose injury is serious, denying that he was kidnapped by the mercenaries.