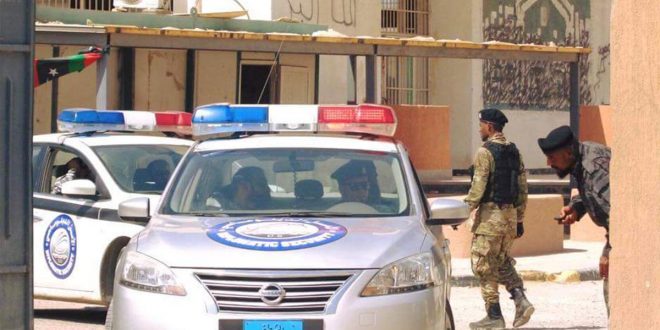 Libyan authorities issued arrest warrants for 37 suspects over attacks on key oil ports in the east of the country and a military base in the south, a source in the attorney general’s office said to Reuters on Friday.

The source, who asked not to be named, confirmed the authenticity of the arrest warrants, which were dated January 2 and were leaked on Facebook on Thursday.

The warrants showed that 31 members of the Chadian and Sudanese opposition based in Libya, along with six Libyan nationals, are wanted for attacks on the oil ‘crescent’ in the east of the country and on the Tamanhint military base as well as for their participation in fighting between Libyan rivals.

After the toppling of veteran Libyan leader Muammar Gaddafi in a NATO-backed uprising in 2011, fighters from neighbouring Chad and Sudan joined the ensuing turmoil. Competing Libyan armed factions frequently accuse each other of deploying mercenaries from sub-Saharan Africa.

The Libyan suspects include Abdul Hakim Belhadj, a rebel leader who helped to topple Gaddafi in 2011 and is now a political leader.

Last year Britain apologised to Belhadj and his wife over the role of British intelligence officers in their 2004 rendition from Thailand to Libya.

Ibrahim Jadhran, who is accused of launching an attack last June on the oil crescent, is also among those sought by the Libyan authorities.

Jadhran’s forces controlled the oil crescent for years until it was taken over in 2016 by the Libyan National Army, which is loyal to Commander Khalifa Haftar in eastern Libya.

The closure of the oil crescent, where key oil ports are located, has led to production losses of up to 450,000 barrels per day (bpd) from a total national output of little over one million bpd.

Last September, the UN Security Council added Jadhran to the list of individuals subject to an assets freeze and a travel ban.

Libya’s east-west division, in place since disputed elections and an escalation of fighting in 2014, has split key institutions and produced a deadlock between the rump parliaments and the shifting military factions they are aligned with.