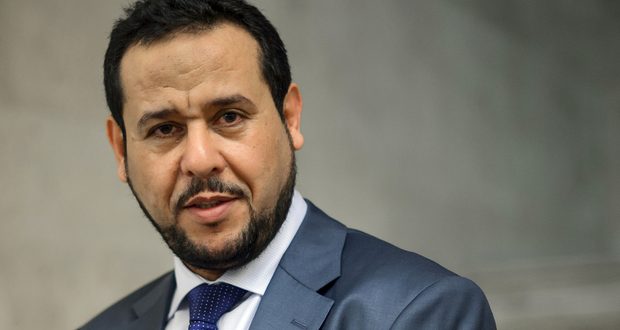 Leader of the Libyan conservative Islamist al-Watan Party and former head of Tripoli Military Council, Abdelhakim Belhadj looks on at the end of peace talks seesion between rival Libyan factions at the UN Office in Geneva on August 12, 2015. The future of Libya's internationally recognised government was uncertain after the prime minister said he would resign, as fraught peace talks entered a second day. AFP PHOTO / FABRICE COFFRINI

Abdelhakim Belhaj has denied any involvement in any terror attacks within Libya.

The denial came in response to an arrest warrant issued by Libya’s Attorney General last week naming Belhaj as being complicit in attacks on oil installations and an airbase.

Belhaj has denied the charges made against him by Libya’s Attorney General. He was quoted by various Libyan media outlets saying “its a plot by those in control of security in Tripoli to distance me from the political scene.”

He said that he had retained a lawyer to respond to the charges.

Moreover, Belhaj went on to say that he had opposed the attacks on Libya’s eastern oil ports.

It will be recalled that Libya’s Attorney General had issued an arrest warrant last Wednesday which included Abdelhakim Belhaj, who heads a political party in Libya; Alwatan Party. The party was unsuccessful in the 2012 parliamentary elections.

The arrest warrant listed 37 people in total. They included 31 non-Libyans made up of 23 Chadian and 8 Sudanese opposition rebel militias on charges of abduction and armed robberies in southern Libya.

The 6 Libyans charged in the warrant included Abdelhakim Belhaj and former self-proclaimed chief of the Petroleum Facilities Guards (PFG) Ibrahim Jadran, on charges of attacking oil ports and Tamanhint airbase in southern Libya.

It will be recalled that Jadran has been listed by the UN Secuity Council in its sanctions list since September 2018.

Belhaj, on the other hand, was the leader of the Libyan Islamic Fighting Group which was allied to al Qaeda and the Taliban.

He had received an apology and £500,000 compensation from the British government for their role in his and his pregnant wife’s rendition.