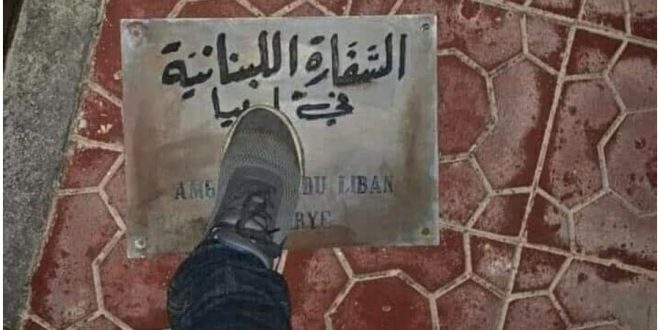 A group of young Libyans on Monday attacked the Lebanese embassy in the Libyan capital, removed the Lebanese flag and tore off the nameplate on the embassy’s entrance.

“A group of angry people approached the main gate of the Lebanese embassy and removed the Lebanese flag at the entrance, they also removed the nameplate of the embassy, and tied its gate with the Libyan flag,” Lebanese Ambassador Mohammed Sakina said, according to Lebanese and Libyan media outlets.

The ambassador confirmed that there was no storming to the embassy or any attack on its staff, adding that the damage was considered minimal.