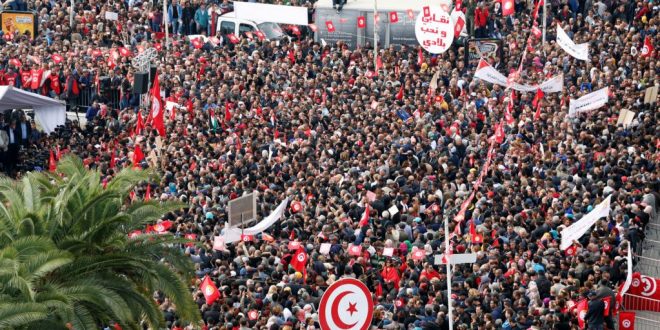 Tunisia is under pressure from the International Monetary Fund to freeze public sector wages as part of reforms to help reduce the country’s budget deficit.

International lenders have threatened to stop financing the economy, which has been in crisis since the toppling of President Zine al-Abidine Ben Ali in 2011.

Libyan Wins, Al-Afriqiyah Airways, Libyan Airlines and other operators have already suspended flights for today over the Tunisian strike.