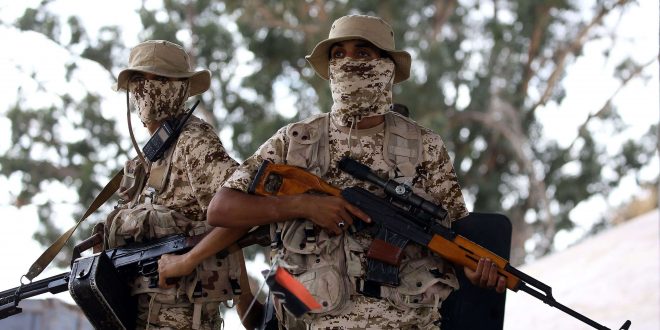 Armed groups in southern Libyan cities of Murziq and Sabha have rejected joining the operation forces of the self-styled army of Khalifa Haftar after arriving in Taminhint to control the southern region.

“Such a rejection will be a hindrance to the military operation in southern Libya to end the presence of terrorist, criminals and Chadian mercenaries.” Sources close to Haftar said.

The sources added that Ahrar Fezzan, Shuhadaa Sabha, and Shuhadaa Waw brigades, as well as Shuhadaa Murziq and Um Al-Aranib brigades, are funded and supported by the Defense Ministry of the Presidential Council, hence reject joining Haftar’s forces or giving them control of their cities.

“This could lead to clashes between forces of the National Army and the rejecting brigades.” The sources added.

The self-styled army in eastern Libya, led by Haftar, has launched a military operation to advance on the southwestern districts in Libya to “secure and protect the residents from terrorists and criminal groups.”

The operation is aimed, according to Haftar’s forces, to protect the people from the terrorists and criminals who work for foreign parties to change the topography of Libyan and its identity.