Home / Normal / Libya turns into battleground between France and Italy 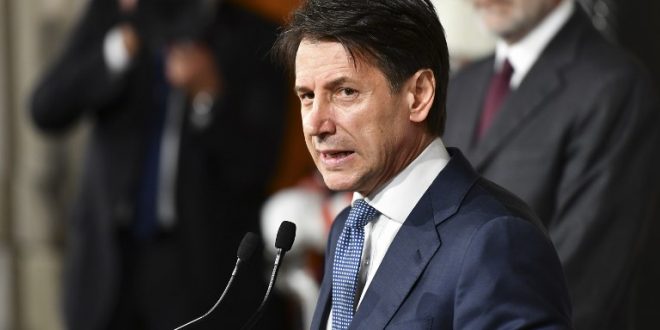 Libya turns into battleground between France and Italy

Western newspapers have talked about the fierce political and security rivalry between France and Italy over Libya, amid a hindered political process due to the contradicted US project, which aims to establish an Arab military alliance to counter Iran’s growing influence in the region.

The French-language and Geneva-based newspaper Tribune de Genève shed light on the frantic rivalry between France and Italy in Libya, citing deep reasons for Libya’s political hindrance, seven and a half years after the overthrow of Gaddafi’s regime.

Through interviews with some citizens and personalities, the newspaper reached some conclusions, including the existence of a “real war for influence between France and Italy,” according to Swissinfo website.

Abdul Hafiz Ghoga, a human rights activist and former Vice Chairman of the National Transitional Council of Libya during the 2011 revolution, said that “There will be no peace and stability in Libya unless the international community reaches consensus.”

The newspaper pointed out some recent historical reasons (the decision of former French President Sarkozy to use force to stop the advance of Gaddafi’s forces towards Benghazi to crush the rebels), and other old historical reasons (Omar Mukhtar, leader of the resistance against Italian colonization, who is originally from Cyrenaica) for the popularity France has enjoyed in Benghazi, in contrast to the hostility toward Italy.

In return, the newspaper pointed out that the French military aid is what helped Major General Khalifa Haftar to resolve the battle during which he faced armed groups of different affiliations between 2014 and 2017, to resolve the conflict in his favour, and thus take over the city of Benghazi.

The newspaper quoted Haftar’s army spokesman Ahmed Al-Mesmari as saying: “We had a common interest which is combating terrorism. France wanted to pursue terrorist groups in our neighbouring countries from the south, such as Chad, Mali and Niger, where these groups are heavily spread.”

Al-Mesmari’s statement confirms what a former adviser to the French Ministry of Defence admitted when he said, “Volcano Operation (a military deployment France had carried out in the Sahel years ago to combat terrorist groups) costs us very much. Therefore, the only way to put an end to this operation is to achieve the restoration of stability in Libya. For this reason, the executive authority (the French government) has chosen Haftar,” as he put it.

On the contrary, Italy has chosen the opposite camp (the internationally recognised government in Tripoli) with priority given to ending the flow of migrants. After Rome reopened its embassy in Tripoli (unlike France, which closed it in 2014), it decided to directly negotiate with the militias responsible for the operations of the leading of migrants’ boats to reduce their numbers.

On the political level, Libyan parties in the eastern regions of the country accuse Italy of supporting and backing those described as “supporters of political Islam.” The newspaper quoted Abdel Qadir Qadoura, a former member of the Constituent Assembly of Libya and professor of constitutional law at the University of Benghazi, as saying: “The Italians want the Muslim Brotherhood to take power. They know that the elections that are being currently held will not serve their interests, and that’s why they are doing their utmost to delay it.”

From his side, researcher Jalel Harchaoui, interested in Libyan affairs and living in Paris, points out that France’s allies “have restrained the elections.”

He added: “The United States’ presence at the summit that was held on May 29, 2018, in Paris (following which it was decided to organise a general election on December 10) has raised France’s concerns again.” The United Kingdom and Italy, which were opposed to holding elections so quickly, called France to demand a move.”

Indeed, this seems to have happened. The reshuffling of cards has been reinforced by the appointment of US diplomat Stephanie Williams as assistant to Ghassan Salamé, the UN envoy to Libya. The newspaper considered that “The return of this list with previous works at the US embassy in Tripoli is evidence of the return of the US Department of State – at least behind the scenes – to take care of Libyan affairs.”

In this regard, the newspaper goes on to say that Uncle Sam’s priority does not lie in who will lead Libya or in the issue of immigration. It instead lies in “watching the United Arab Emirates, its elusive partner, who is leading an offensive policy under the slogan “Everything but the Muslim Brotherhood,” through supporting Major General Haftar, like France.”