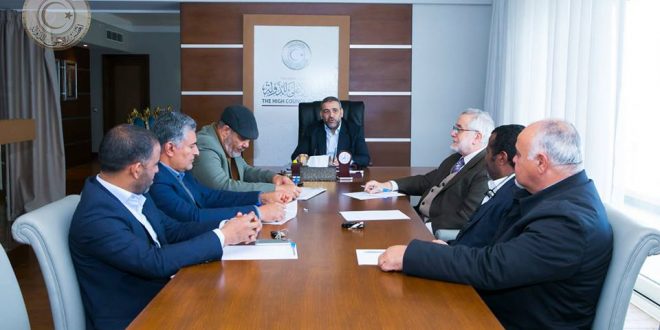 The High Council of State (HCS) President, Khalid Al-Mishri discussed Sunday with the heads of the Standing Committees of the Council, appointing commanders for the southern military zone.

The so-called Dignity Operation intruded a few days ago the southern region and declared control of Sabha, after taking control of several security headquarters in the city.