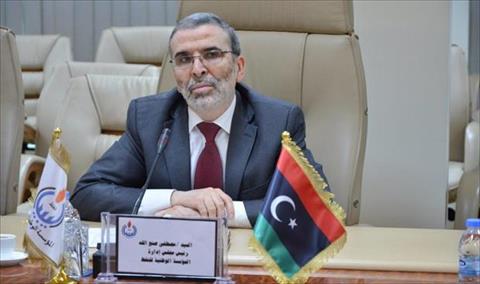 Libya’s biggest oilfield – Sharara – will remain shut until an armed group occupying the site leaves, the head of National Oil Corp (NOC) said on Tuesday, more than a month after the field closed because of a protest, Reuters reported on Tuesday.

The field was producing as much as 315,000 barrels per day (bpd) ahead of its closure, but it has lost 13,000 bpd of capacity since last month due to security breaches, Sanalla told reporters on the sidelines of the event.

Khalifa Haftar’s self-styled army  launched a military operation this month in southwest Libya that aims to combat “militant groups and secure oil facilities in the area, including El Sharara.”

Referring to Haftar’s operation, Sanallah said the effort to restart the field “has been complicated further by the launch of an international counter-terrorism mission which has expanded into an attempt to seize control of territory, including potentially, national oil infrastructure”.

“It is my concern that a sequence of events has been set in motion with unknowable consequences for Libya, and NOC,” he said.

He said the preferred solution for securing the field involved deploying a Petroleum Facilities Guards (PFG) force, managed by NOC, adding that NOC would adopt this option with “some reluctance”.

Different factions of the PFG have previously been responsible for shutdowns at oil facilities.

He said NOC had suggested that, as an immediate measure, “a mixed force might provide a solution within a negotiated security framework” led by the Government of National Accord in Tripoli and with the support of the United Nations.