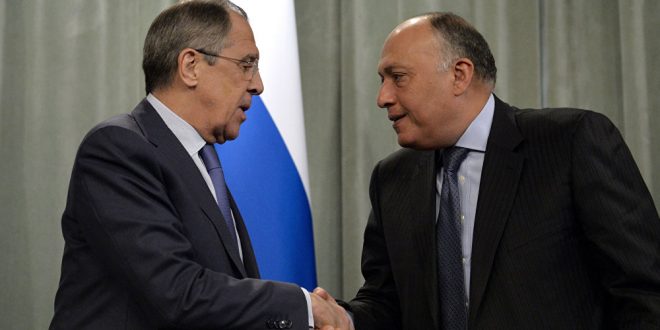 Sputnik reported on Wednesday the Russian foreign ministry’s statement as saying: “During the conversation, a thorough exchange of views was held on the key problems of the Middle East and North Africa. At the same time, Moscow and Cairo reaffirmed their commitment to increasing efforts in the interests of finding coordinated political and diplomatic solutions to the crisis situations, including in Syria and Libya, as well as a just solution to the Palestinian problem.”