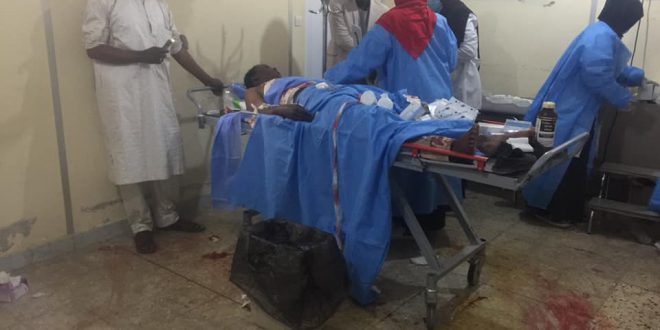 Seven Tabu tribe members were killed and more than 20 others wounded in an airstrike conducted by Dignity Operation air force on the southern town of Murzuk on Sunday.

Sources from the town said the airstrike targeted a group of civilians who were protesting the presence of warlord Khalifa Haftar’s armed groups in their town.

The airstrike came as ground fighters of Dignity Operation prepare for a massive offensive on the town.

Tabu tribe accuses the warlord of ethnic cleansing and discrimination against its members in the south.

A Tabu activist said Haftar’s armed groups are backed by Sudanese rebel fighters in their offensive in the south.

Tabu tribe has demanded the Presidential Council and the UN mission in Libya to intervene to stop what it described the systematic ethnic cleansing of the Tabu community.

Warlord Khalifa Haftar launched a military operation in mid-January to control the southern Libyan towns and cities under the slogan of “fighting terrorism and securing borders.” However, politicians and analysts following the Libyan file considered his operation an attempt to extend his influence and put his hands on the country’s oil resources in that region.