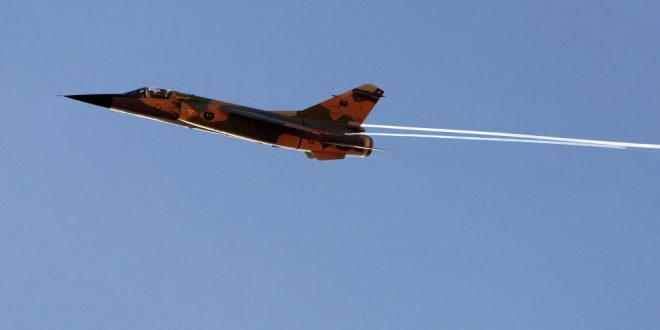 The Libyan eastern-based self-styled army’s air force attacked on Sunday Chadian opposition militants in the southern town of Murzuk – some 900 km south of the capital Tripoli.

“Fighter jets of the air force targeted gatherings of Chadian opposition on Libyan territory on the outskirts of Murzuk,” the self-styled army’s media office said in a statement later on Sunday.

It added that the airstrike was direct and caused the enemy who violates the Libyan sovereignty great losses of lives and equipment.

Khalifa Haftar’s forces have been launching a military operation against “terrorism and crime” in the south since mid-January.