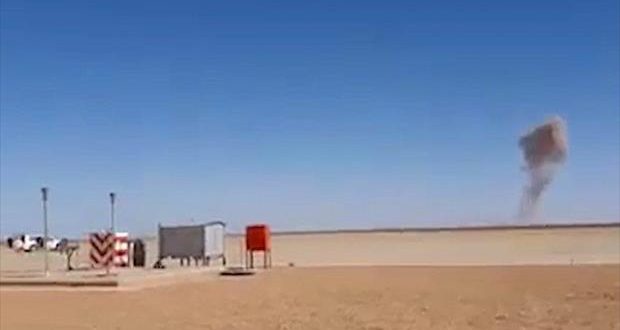 A force led by Libyan military warlord Khalifa Haftar said Saturday it had carried out a “warning” air strike near an oil field in the country’s south.

Haftar’s self-styled Libyan National Army targeted the Al-Fil oil field 750 kilometres (465 miles) southwest of Tripoli, where a civilian plane was preparing to take off for the capital.

Pro-LNA media quoted military officials saying it was a “warning strike” which had not caused any damage.

But the country’s UN-backed unity government said the plane was carrying wounded people and called the strike a “terrorist act” and a “crime against humanity”.

It did not give further details on the identity of those on board.

The Tripoli-based administration said it would inform the UN Security Council of the “grave violation” of international law.

Haftar, whose force already controls much of eastern Libya, backs a rival administration.

His force in mid-January announced the start of an offensive intended to “purge the south of terrorists and criminal groups”, including rebels from Chad.

It warned earlier this week that “any landing or take-off from airports in the south is prohibited” without its authorisation.

The LNA said Wednesday it had seized one of the country’s biggest oil fields, around 900 kilometres south of Tripoli, without a fight.

The al-Sharara field had been shut down for nearly two months by armed groups, which complain of marginalisation by Libya’s Tripoli-based unity government.

The LNA’s offensive has stirred political and ethnic tensions in the marginalised region, marked by bloody struggles since the fall and killing of Muammar Gaddafi in a 2011 NATO-backed uprising.