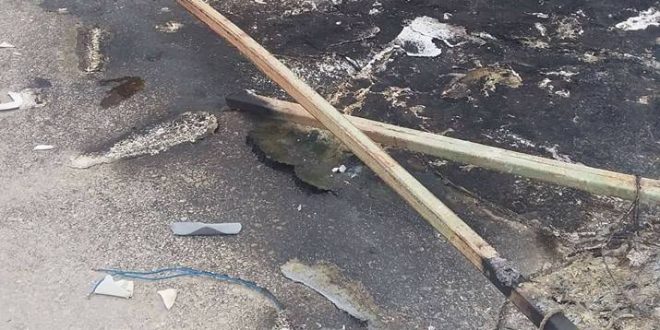 Members of the so-called Tariq Ibn Ziad battalion of the Dignity forces burned a condolence tent after expelling the mourners by force of arms.

The condolence was for the young man Mohammed Batou, whose body was found a few days ago in Bab Tobruk neighbourhood, with visible signs of gunshots and torture.

Mohammed was taken from a checkpoint in Eastern Sheha area to an unknown destination.

The young man’s family received threats from Tariq Ibn Ziyad members since their son’s body was found on February 5.

The family is currently under house arrest, according to sources from the city.