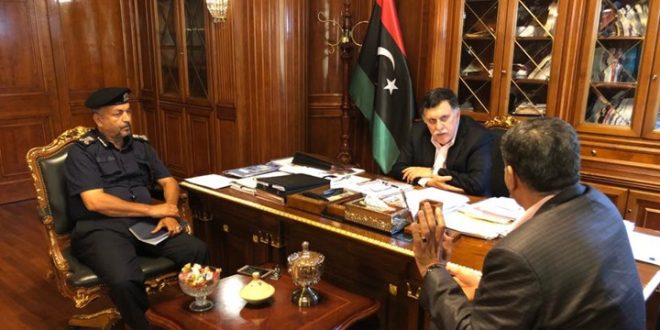 The Presidential Council (PC) has appointed Mohammed Al-Sharif as the new Chief of Staff of the Libyan Army – loyal to the government based in Tripoli.

Al-Sharif’s appointment replaces Abdelrahman Al-Taweel who was named Chief of Staff in September 2017. Al-Taweel was at the time head of the security preparations committee of the PC.

The PC also appointed on February 5 Ali Kanna as the commander of Sabha military zone.

According to observers, those appointments are a reaction to the military operation launched by Khalifa Haftar in southern Libya.

After his appointment, Kanna’s forces clashes with forces loyal to Haftar near Sharara oilfield before they had withdrawn leaving the area and the field to Haftar’s forces.