Highly placed sources at the Faiez Serraj Presidency Council and Government of National Accord (PC/GNA) said they stand by their statement that the PC/GNA had conducted joint airstrikes with the “Government” of the United States near Ubari yesterday.

The source said that the PC/GNA had never mentioned AFRICOM in the statement released by Mohamed El-Sallak, Serraj’s Official Spokesperson, yesterday.

Yesterday, El-Sallak said a site with a number of Al- Qaeda members near Ubari was raided by joint “U.S.-Libyan” forces.

El-Sallak had added yesterday that “This joint work between the Presidency Council of the Government of National Accord and the US Government coincided with the meeting of US Secretary of State Mike Pompeo and Foreign Minister Mohamed Saiala at the Global Coalition to Defeat Islamic State meeting last week”.

Libyan media went into overdrive today after AFRICOM had confirmed to a number of them that it had not carried out any airstrikes in Libya yesterday.

In fact, Becky Farmer, AFRICOM Media Relations Officer, was quoted as saying that AFRICOM had not carried out any airstrikes in Libya in 2019.

Nevertheless, speaking to Libya Herald today, sources at the PC/GNA were still refusing to go on record on the matter. It is not clear why, but this will only attract further close attention from Libyan media. 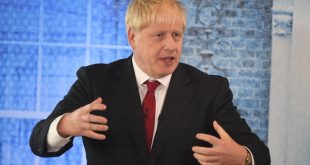 In the latest attempt to restore stability and peace to civil-war torn Libya, on 19 …