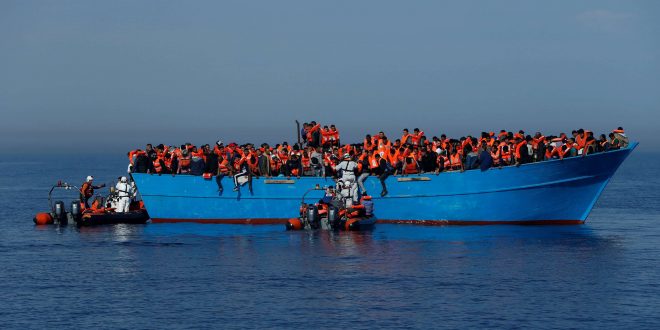 Frontex: 87% drop in migrants from Libya

The European Border and Coast Guard Agency, (Frontex) announced a decline in the number of irregular migrants last year via the Mediterranean route towards Italy, 80% compared to 2017.

The number of migrants originating from Libya’s shores last year fell by 87% compared to 2017, while those from Algeria retreated almost half, while the size of the departure from Tunisia remained almost unchanged.

On the other hand, the number of immigrants who arrived in the European Union via this track amounted to 23, 300 migrants.

Libya is a major transit point to Europe for those fleeing poverty and civil war elsewhere in Africa.

In February 2017 the Interior minister Marco Minniti signed a memorandum with the head of the UN-recognised government, Fayez al-Serraj, introducing a new level of cooperation between the coastguard and the Italians, including the provision of four patrol vessels.