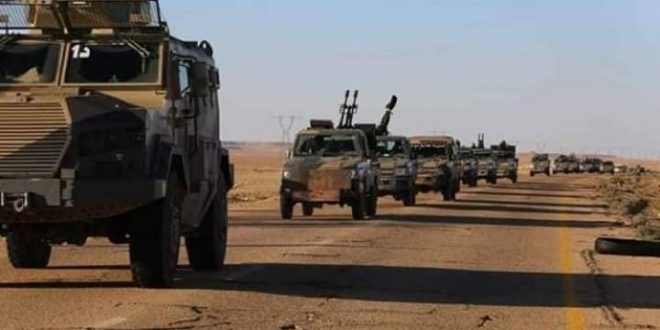 Aman Organization Against Discrimination (AOAD) has voiced concern over the violations, attacks on civilians and targeting of people based on their identities in Murzuq.

AOAD said in a statement on Saturday that the attacks on civilians and vengeance assaults in the town in southern Libya hinder international efforts to strike reconciliation among all Libyan people.

“Such attacks and conduct are against the international humanitarian law, let alone that they aggravate the humanitarian crisis in the region thus necessitating the intervention of the UN to evacuate civilians.” The statement reads.

AOAD called on the UNSMIL to assume its responsibility in protecting minorities in Libya.

Haftar’s forces said they had controlled Murzuq after a week of violent siege as local sources reported the withdrawal of South Protection Force toward desert areas on the border with Chad.

House of Representatives’ member for Murzuq Rahma Abu Baker said Friday that Haftar’s forces committed violations when they entered the town, saying four Tubu dignitary tribesmen were killed besides the burning of some houses in there.

“They are waging an ethnic war.” She remarked.

Meanwhile, Murzuq is seeing dire conditions as its hospital is suffering from lack of supplies and medics due to the siege.